Colleen Carroll Campbell is an award-winning author, print and broadcast journalist and former presidential speechwriter. Her books include her critically acclaimed journalistic study, The New Faithful; her spiritual memoir, My Sisters the Saints, which won two national awards and has been published in five languages; and her award-winning new release, The Heart of Perfection: How the Saints Taught Me to Trade My Dream of Perfect for God’s, which has also been published abroad. Colleen has written for the New York Times, Washington Post, Christianity Today, America, and National Review, and appeared on CNN, FOX News, MSNBC, ABC News, PBS, NPR and EWTN, where she hosted her own television and radio shows for eight years. A former speechwriter for President George W. Bush and editorial writer and op-ed columnist for the St. Louis Post-Dispatch, Colleen is the recipient of two honorary doctorates and numerous other awards and fellowships. She speaks to audiences worldwide and lives on the central coast of California with her husband and their four children, whom she homeschools. Her website is www.colleen-campbell.com. 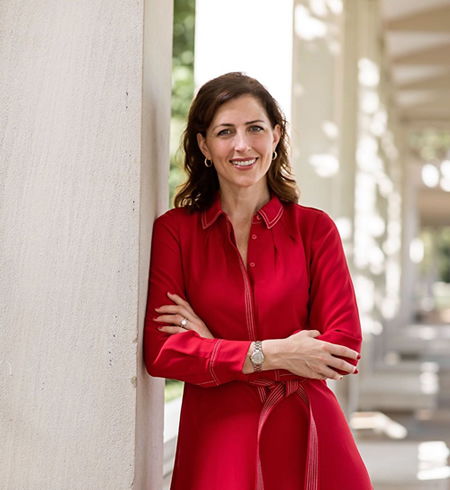 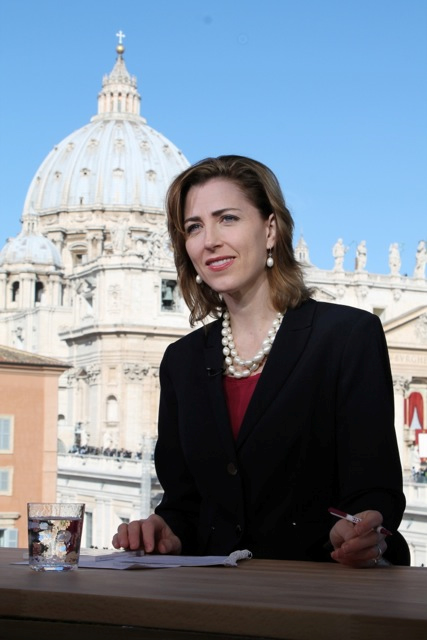 From editing speeches alongside a president in the Oval Office to announcing a new pope to a worldwide television audience from St. Peter’s Square, Colleen’s career path has taken her places she never expected when she penned her first news story as a freshman at Marquette University in Wisconsin.

Her original ambition was acting. Voted most likely to be the next Meryl Streep by her eighth-grade classmates, Colleen was winning awards for stand-up comedy and performing in shows at the local community college by high school. But after hammering one too many set pieces in a bleak backstage studio as a first-semester theater major and hearing how many years she’d have to spend waiting tables as she chased her big break, Colleen realized she might not be cut out for the hardscrabble life of an aspiring actress. 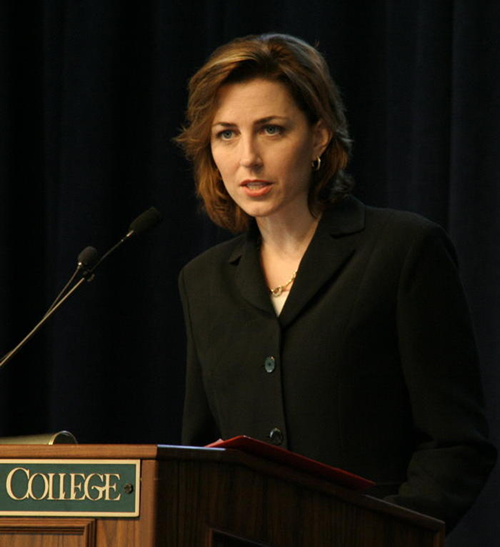 She discovered a new dream when Marquette’s alternative campus newspaper published her profile of a homeless man on its cover that same fall. The opportunity to blend creative storytelling with intellectually challenging research in service of an important social cause lit a fire in her heart. Seeing her byline on the front page didn’t hurt, either. Colleen switched majors the next semester.

Colleen’s first job out of college was as a news reporter with the Memphis Commercial Appeal, where she wrote a series of front-page articles exposing political misconduct among elected officials in Tennessee’s fastest-growing suburb, Collierville. The next year she moved to the St. Louis Post-Dispatch, where she wrote a five-part investigative series exposing corruption in the St. Louis Public Schools. The series resulted in state-mandated reforms to the failing school district and Colleen’s nomination as a finalist for the Livingston Awards, the largest all-media, general reporting prizes in American journalism. 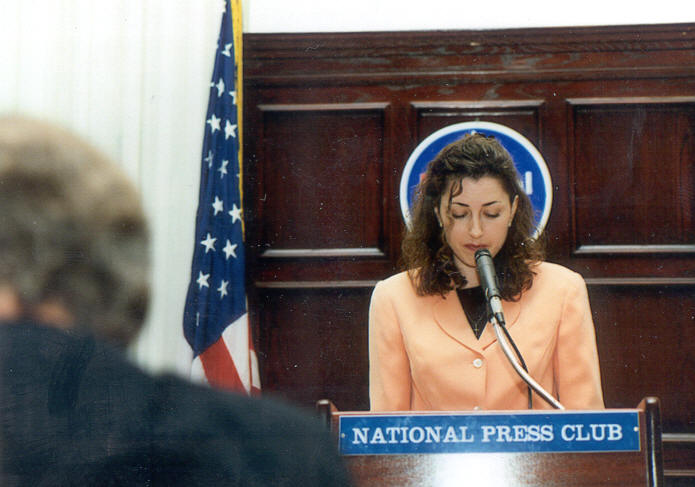 Colleen’s series also caught the attention of the Post-Dispatch’s editorial page editor, who invited her to join the newspaper’s editorial board. At age 24, Colleen became its youngest member. She wrote daily editorials on everything from education policy to media and culture, earning a fellowship for editorial writers from Columbia University.

In 2000, Colleen won the $50,000 Phillips Journalism Fellowship (now the Novak Journalism Fellowship) that allowed her to take a year’s leave from her newspaper work and travel the country, researching and writing about a little-noticed trend that had attracted her attention: the appeal of traditional religion and morality to a growing number of young Americans. 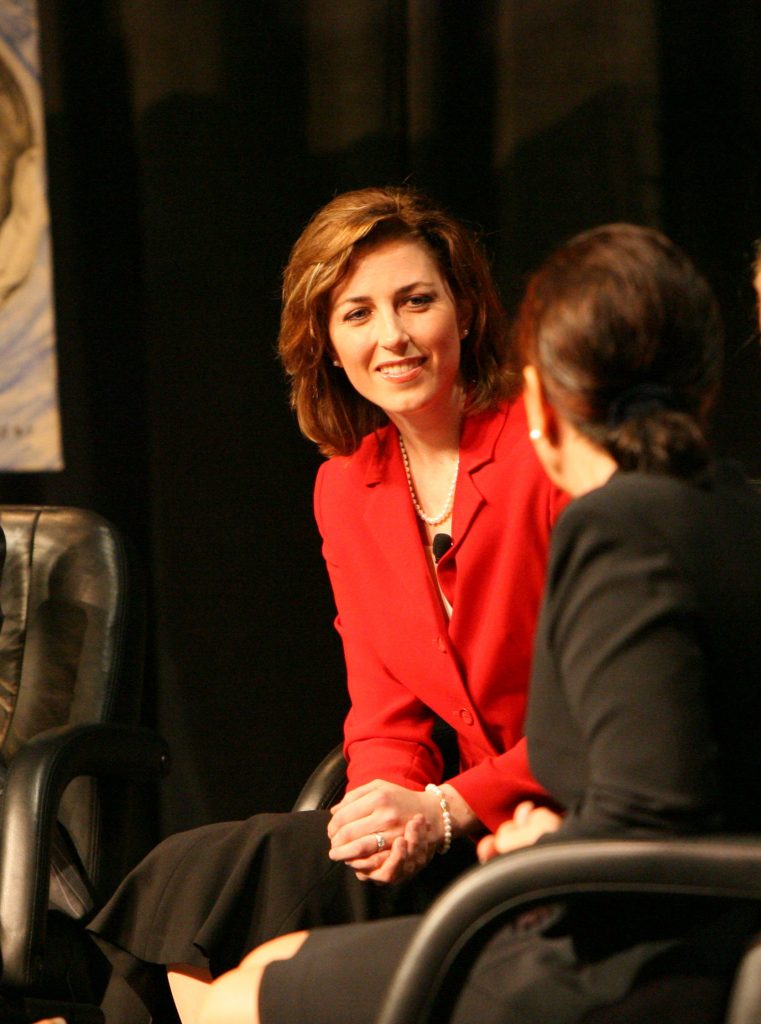 The result was The New Faithful: Why Young Adults Are Embracing Christian Orthodoxy, a critically acclaimed book that went through six printings and became a finalist for the ForeWord Magazine Book of the Year Award. Since its publication in 2002, The New Faithful has been adopted as required reading by numerous colleges and universities and featured in more than 100 magazines and newspapers in the U.S. and abroad, including The Wall Street Journal, The Washington Post, U.S. News & World Report, National Review and Christianity Today.

The publication of The New Faithful also marked the start of Colleen’s speaking career. Since 2002, she has headlined more than 120 events from coast to coast and overseas, reaching some 60,000 people in speeches delivered at colleges and universities, Christian conferences, women’s and youth conferences, and trade events. Among the many speaking invitations Colleen has accepted are requests to discuss her books on Capitol Hill and at the White House, and to present The New Faithful to Pope Benedict XVI while serving as a North American delegate to a Vatican Congress on women.

In 2002, Colleen began work toward a doctorate in philosophy at Saint Louis University. She interrupted her studies later that year to accept a job as one of six speechwriters, and the only woman speechwriter, to President George W. Bush. 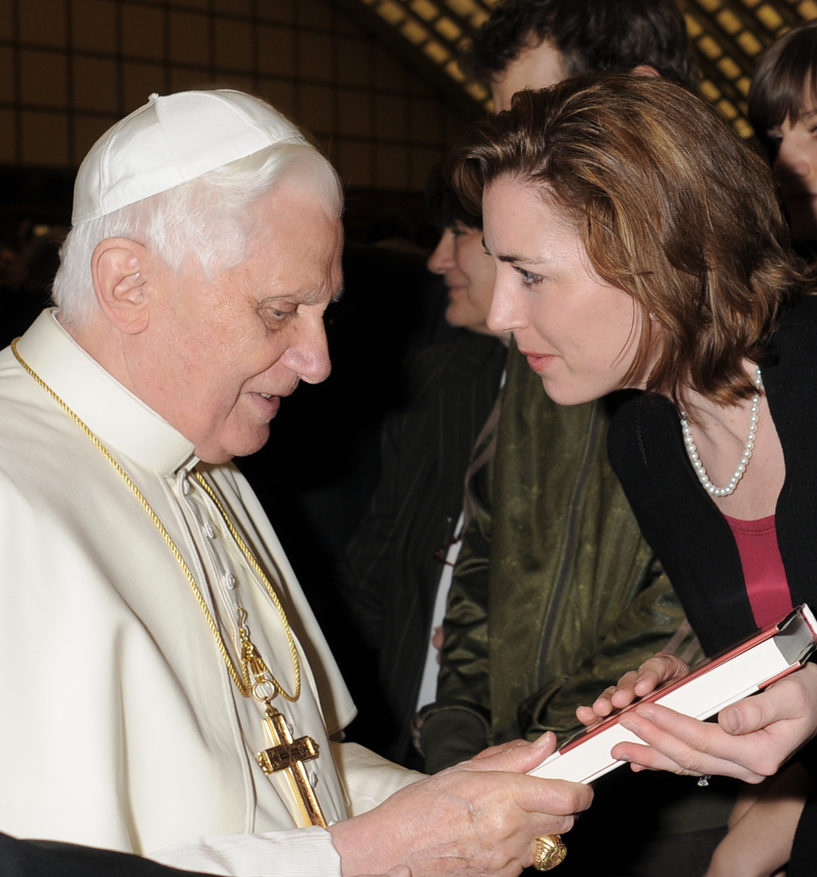 Colleen worked directly with the President on major policy addresses, writing his speeches on such topics as education, the faith-based initiative, the fight against AIDS and judicial appointments.

After a year at the White House, Colleen returned to St. Louis to marry her husband, who was studying medicine at Washington University of St. Louis, and to be nearer to her father, who was battling Alzheimer’s disease there. She continued to maintain ties to the nation’s capital, serving five years as a St. Louis-based fellow for the Washington, D.C.-based Ethics and Public Policy Center. She also launched an op-ed column for the St. Louis Post-Dispatch and became a regular commentator on religion, politics and culture in the national media.

Colleen’s writing has been published by dozens of print and online outlets, including The New York Times, Washington Post, National Review Online, Christianity Today, and First Things. She has served as a columnist for America, Our Sunday Visitor and Lay Witness, winning a Catholic Press Association award for her work in the latter. 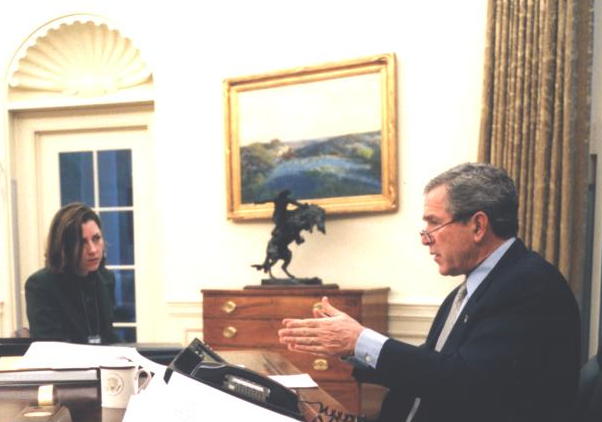 Colleen has contributed to several anthologies and other books in addition to her own and has been quoted as an expert by dozens of American and international publications and news agencies, including the Associated Press, U.S. News & World Report, The Washington Post, Chicago Tribune and The Christian Science Monitor.

In the broadcast arena, Colleen has made more than 350 appearances on such television and radio networks as CNN, FOX News, MSNBC, ABC News, PBS, NPR and the CBC. For seven years, she served as creator and host of “Faith & Culture,” a weekly television and radio interview show that aired internationally on EWTN, the world’s largest religious media network, and on Sirius XM Radio and Relevant Radio. 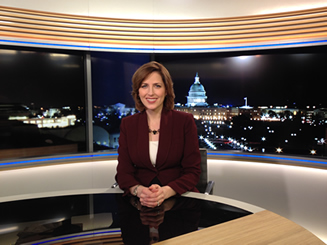 Colleen also served as executive producer and founding anchor of “EWTN News Nightly with Colleen Carroll Campbell,” launching the network’s first-ever television newscast from the show’s studios near Capitol Hill. In 2013, she anchored EWTN’s live television coverage of the historic election and installation of Pope Francis in Rome. In the course of her television career, Colleen has interviewed dozens of political, cultural and religious leaders, including senators, congressmen, cardinals, archbishops, Vatican officials, bestselling authors, filmmakers, songwriters, artists, activists and academics. 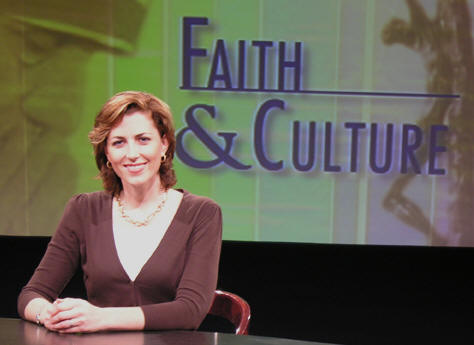 Colleen’s second book was My Sisters the Saints: A Spiritual Memoir. Published by Random House in 2012, My Sisters the Saints interweaves the story of her 15-year spiritual search with the stories of the six women saints who guided her on her way. The book has sold more than 100,000 copies in English and has been published in Spanish, Portuguese, Polish and Slovak. Praised as “a beautiful and inspiring story” by bestselling novelist Mary Higgins Clark, “provocative … charming and instructive” by Kirkus Reviews and “touching … thoughtful and gracious” by Booklist, My Sisters the Saints won a 2013 Christo 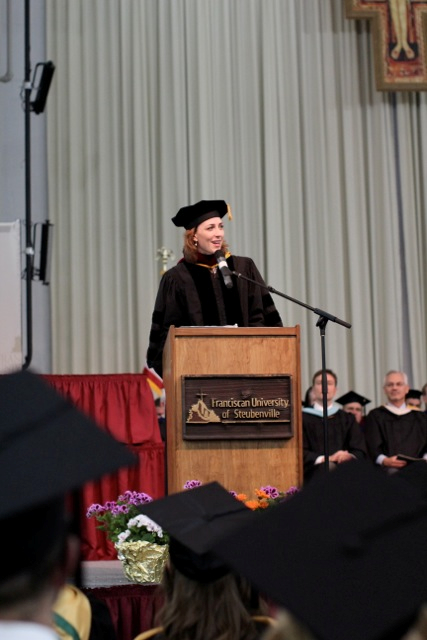 pher Award and a 2013 Association of Catholic Publishers Excellence in Publishing Award. Colleen has spoken widely about the book, most notably as commencement speaker at several universities and as the keynote speaker for a 2015 international gathering of scholars at the University of Avila in Spain to commemorate the 500th anniversary of the birth of St. Teresa of Avila.

Colleen’s third book is The Heart of Perfection: How the Saints Taught Me to Trade My Dream of Perfect for God’s. Hailed as “persuasive, enjoyable, insightful” by Publishers Weekly, “liberating” by 5 Love Languages author Gary Chapman, and one of the season’s “buzziest books” by O, The Oprah Magazine, The Heart of Perfection won a 2020 Catholic Press Association Book Award and has been featured by dozens of media outlets ranging from Booklist and Library Journal to Christianity Today, America Magazine and National Review. The book blends stories of Colleen’s own struggles against comparison and impossible expectations with those of seven recovering perfectionist saints (and one heretic) who show us how to pursue a new kind of perfection: freedom in Christ. Simon & Schuster published The Heart of Perfection in 2019, and it was published in Portuguese in 2023. 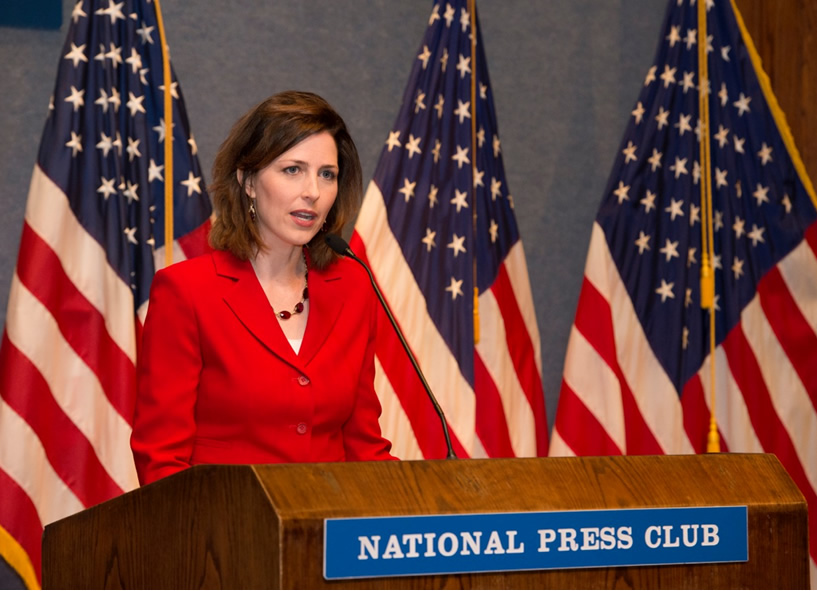 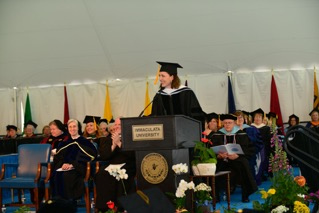 Colleen’s awards include honorary doctorates from the Franciscan University of Steubenville and Immaculata University, a designation as 2004 Young Alumna of the Year from Marquette University’s College of Arts and Sciences, the Phillips Foundation’s 2008 Distinguished Leader of the Year Award (previously awarded to Congressman Paul Ryan, among others) and the 2018 Archdiocese of St. Louis Excellence in Communication Award. Colleen has served six years as a lay consultant to the U.S. Conference of Catholic Bishops and she continues to speak to audiences across the country and around the world. She and her husband live on the central coast of California, where she is at work on more books and the project dearest to her heart: the raising and homeschooling of their four children. 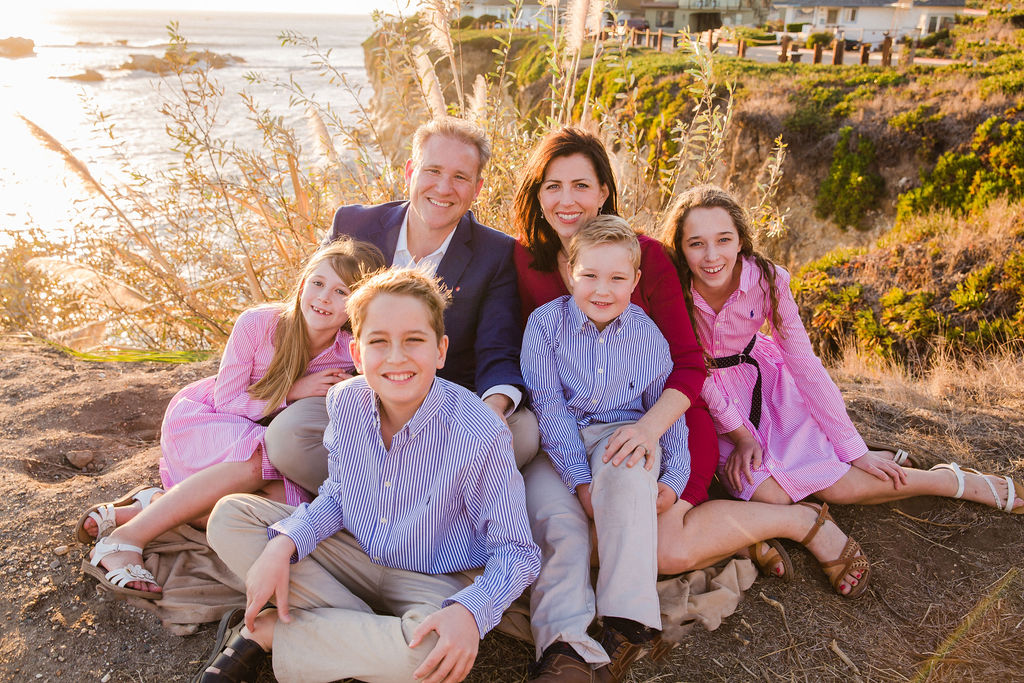